Taking a time lapse with a DSLR during the day or night is relatively easy. Dial in the right settings, set the interval and let the camera fire away until you have the number of frames required. Process one photo in Lightroom, sync the rest, export as JPEG and throw them together into a short video clip. Done.

Ok, maybe that’s slightly over simplified, but compared to shooting a Holy Grail time lapse, which is the transition between day and night, it is a piece of cake. It’s not called the Holy Grail of time lapse photography without reason after all. The obvious problem with the transition from day to night or night to day is the constantly changing light.

As we all know, when the light changes our settings need to change as well. This complicates matters to no end when you have a DSLR set in manual. The process of continuously changing the settings to correct the exposure is called ramping. Without ramping you won’t succeed at all, automatic modes like aperture or shutter priority don’t work either and with manual ramping the changes are so dramatic that you will end up with significantly different exposures between frames which cause bad flicker in the resulting video clip.

How do you get around it? I use two apps. The first is called qDSLR Dashboard and the second LRTimelapse.

qDSLR Dashboard is a fully featured controller for your DSLR (mainly Nikon and Canon) that is also great at taking time lapses. It includes a specific LRTimelapse menu that is focused on capturing Holy Grail time lapses. You can control your camera via a USB cable or Wi-Fi, depending on what is available with your model. I use the USB option with my Canon 7D Mark II and connect it to my Android phone with an OTG cable.

Without going into detail, what qDSLR Dashboard does is essentially exposure ramping based on metering from the camera. It incrementally changes aperture, shutter speed and ISO in response to changing light, so you end up with as smooth a transition as possible. Even so, you will still end up with some flicker; that is where LRTimelapse comes in.

qDSLR Dashboard is available for Android, iOS, OS X and Windows. The new Android and iOS apps are paid apps while the OS X and Windows desktop versions are free. There are some screenshots of the Android version at the end, but keep in mind that it is an older free version (v0.2.9) that I have not needed to upgrade.

Once you have taken the hundreds of images required for a Holy Grail time lapse, you need to process each of those files, so you end up with a great looking video clip. LRTimelapse does just that. In conjunction with Lightroom, the app analyses the changes in exposure between frames and then lets you smooth those changes out to remove dramatic changes and flicker.

Since this article is not a tutorial, it’s an introduction to the apps, I won’t go into the detail of how the apps work. Instead, take a look at the example clips and screenshots below to get an idea of the interface and workflow of both apps. I will look at doing a tutorial sometime in the future. 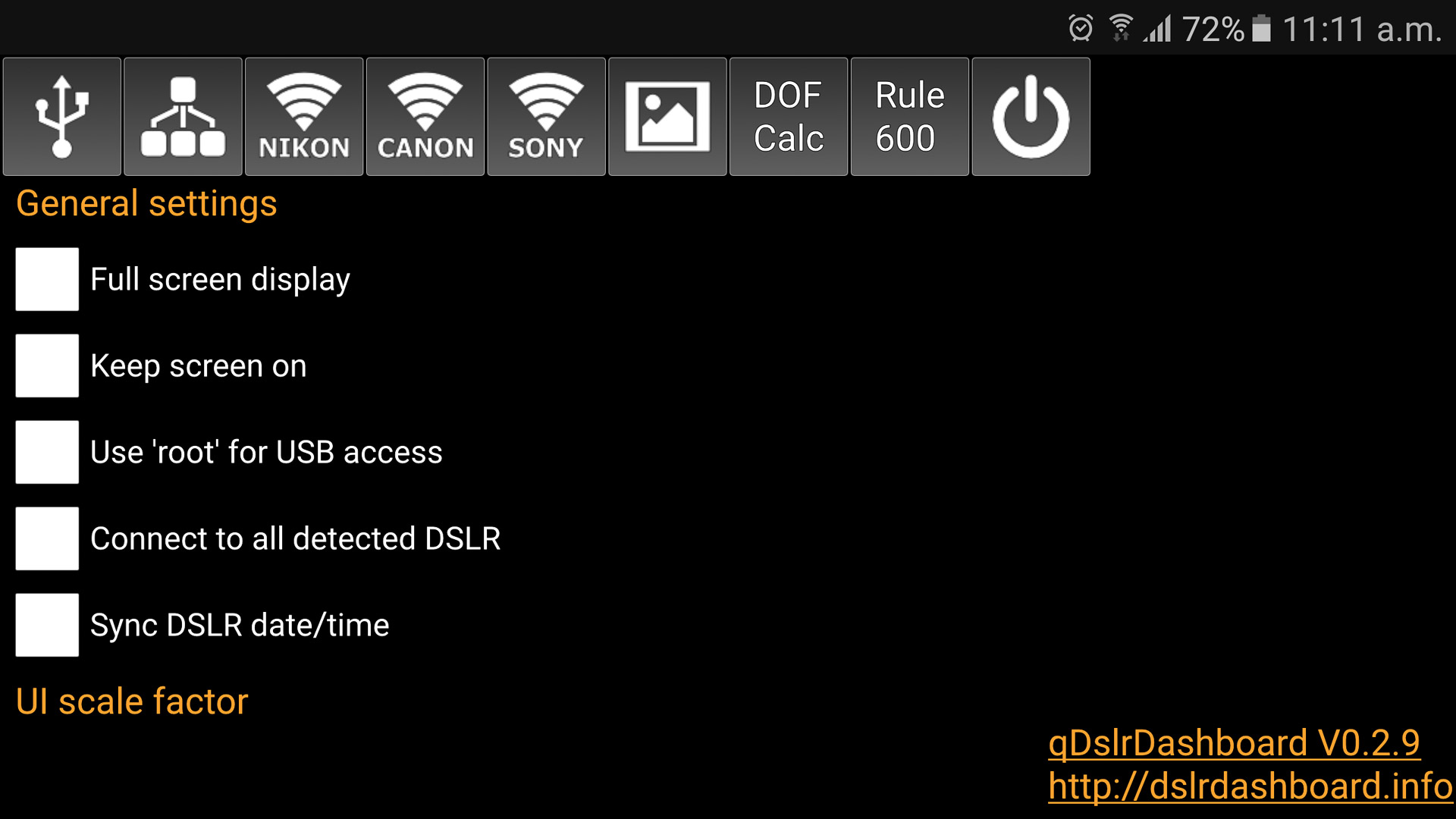 This is the first screen you will see in qDSLR Dashboard before you have set up a connection to a camera. 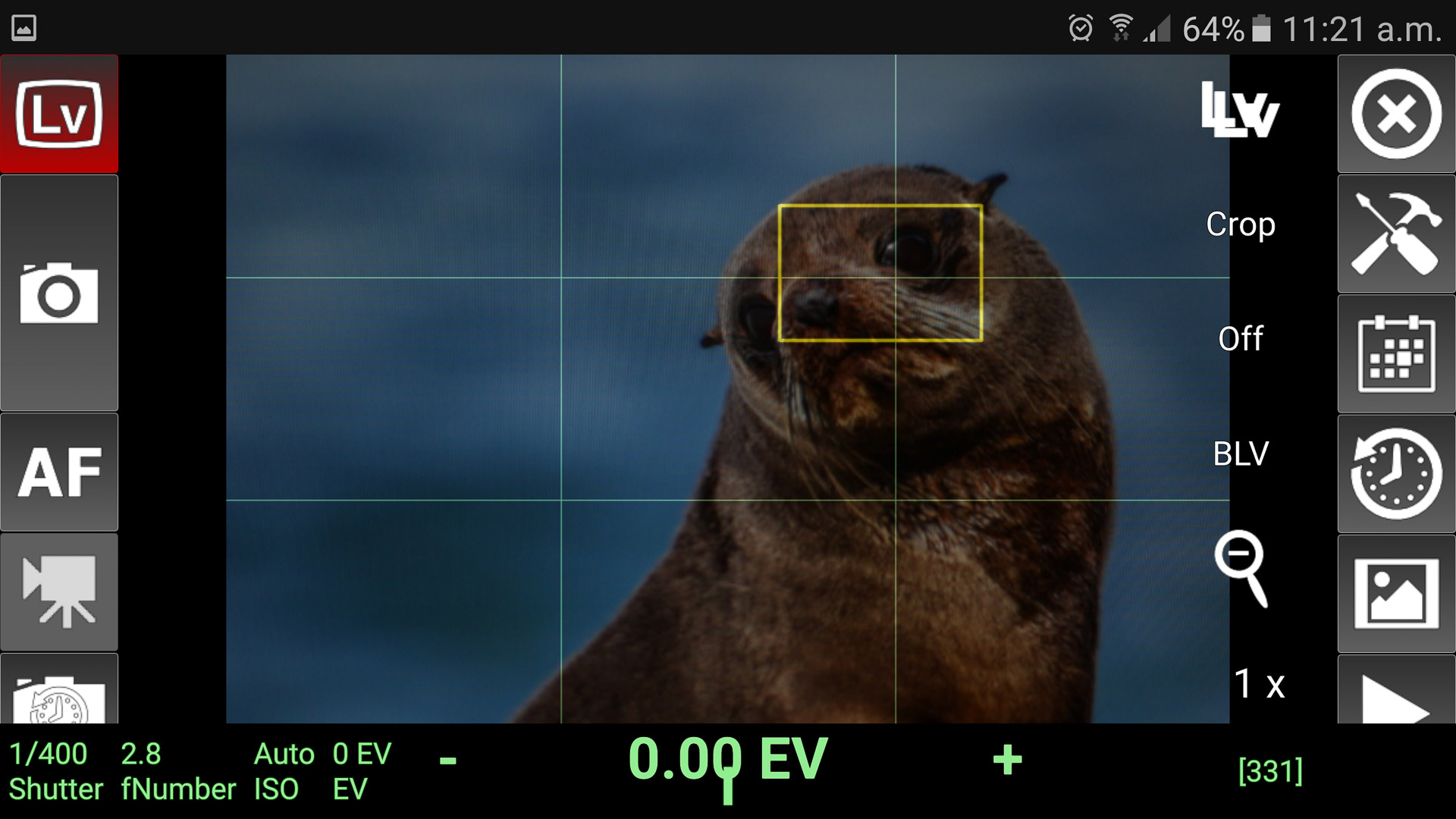 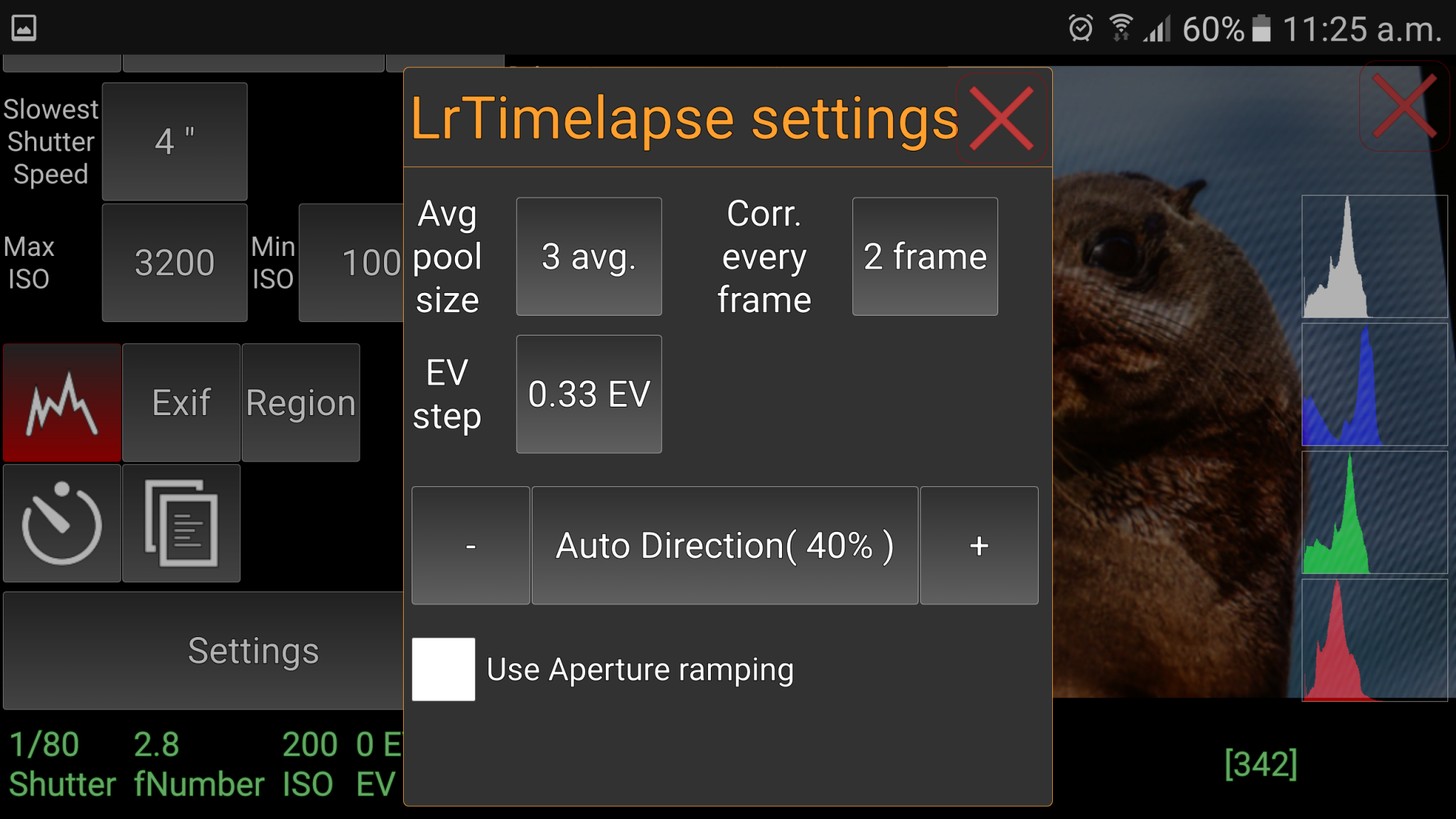 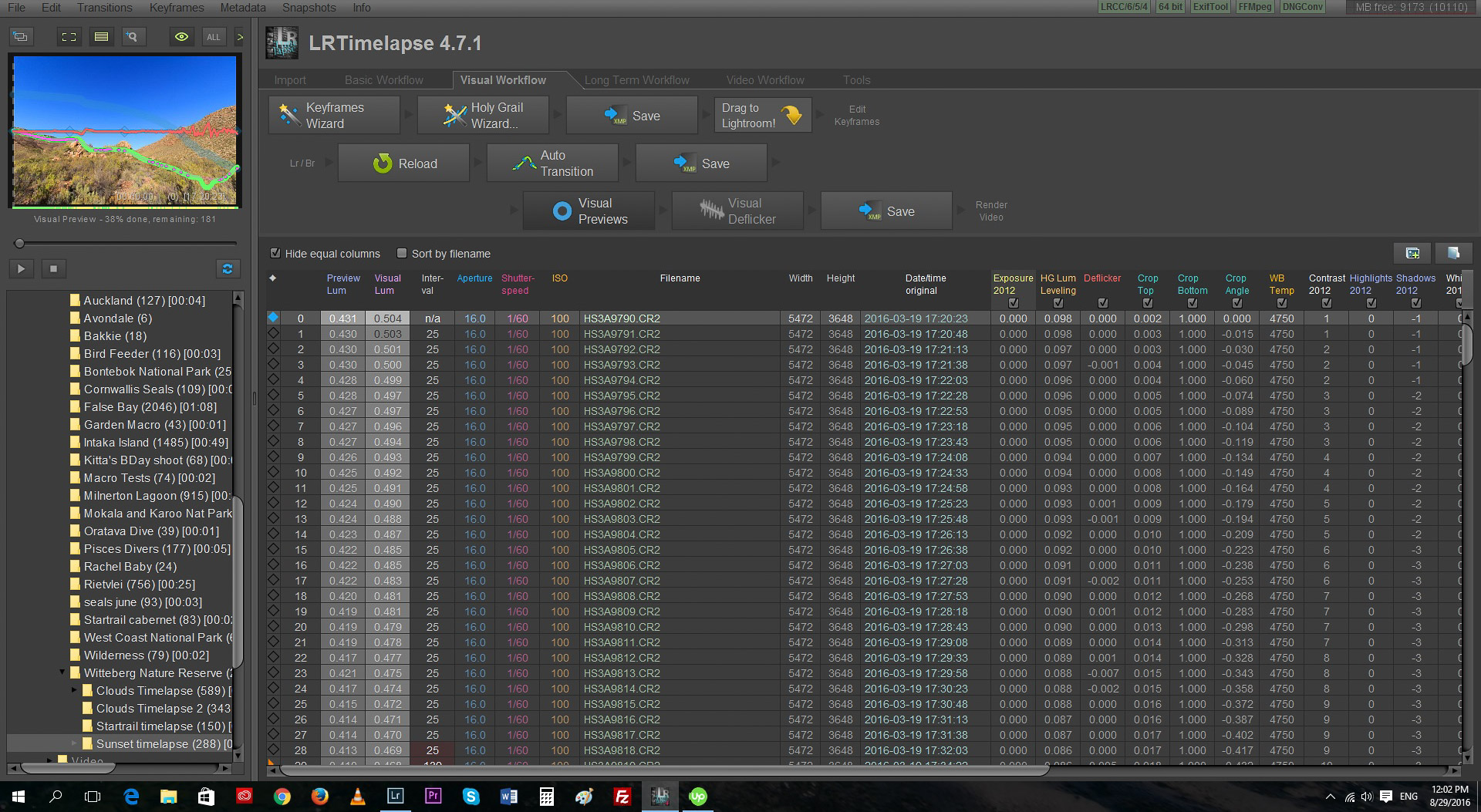 LRTimelapse main interface for a holy grail time lapse. You follow the menus on the top from left to right and top to bottom to process you sequence. 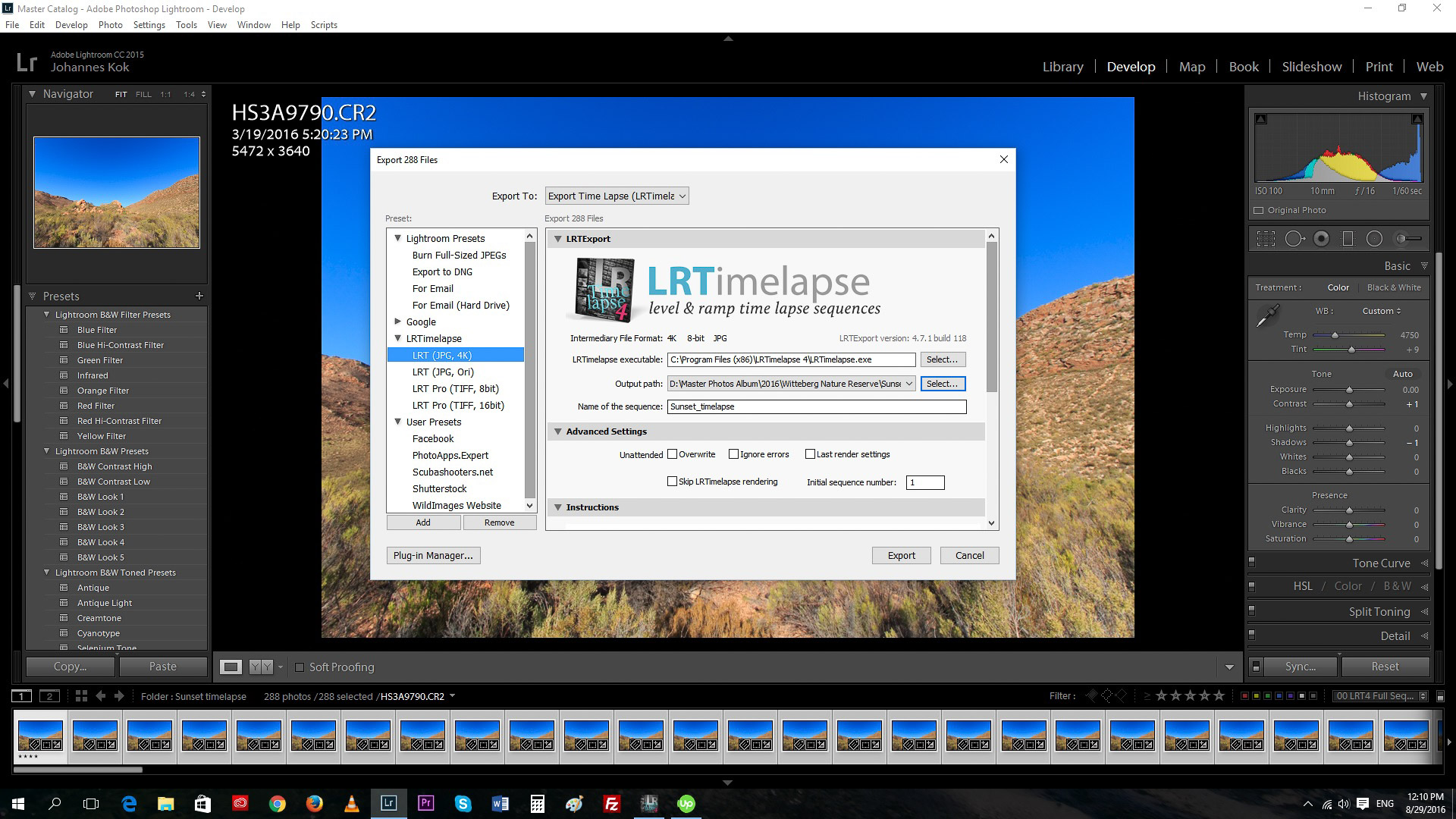 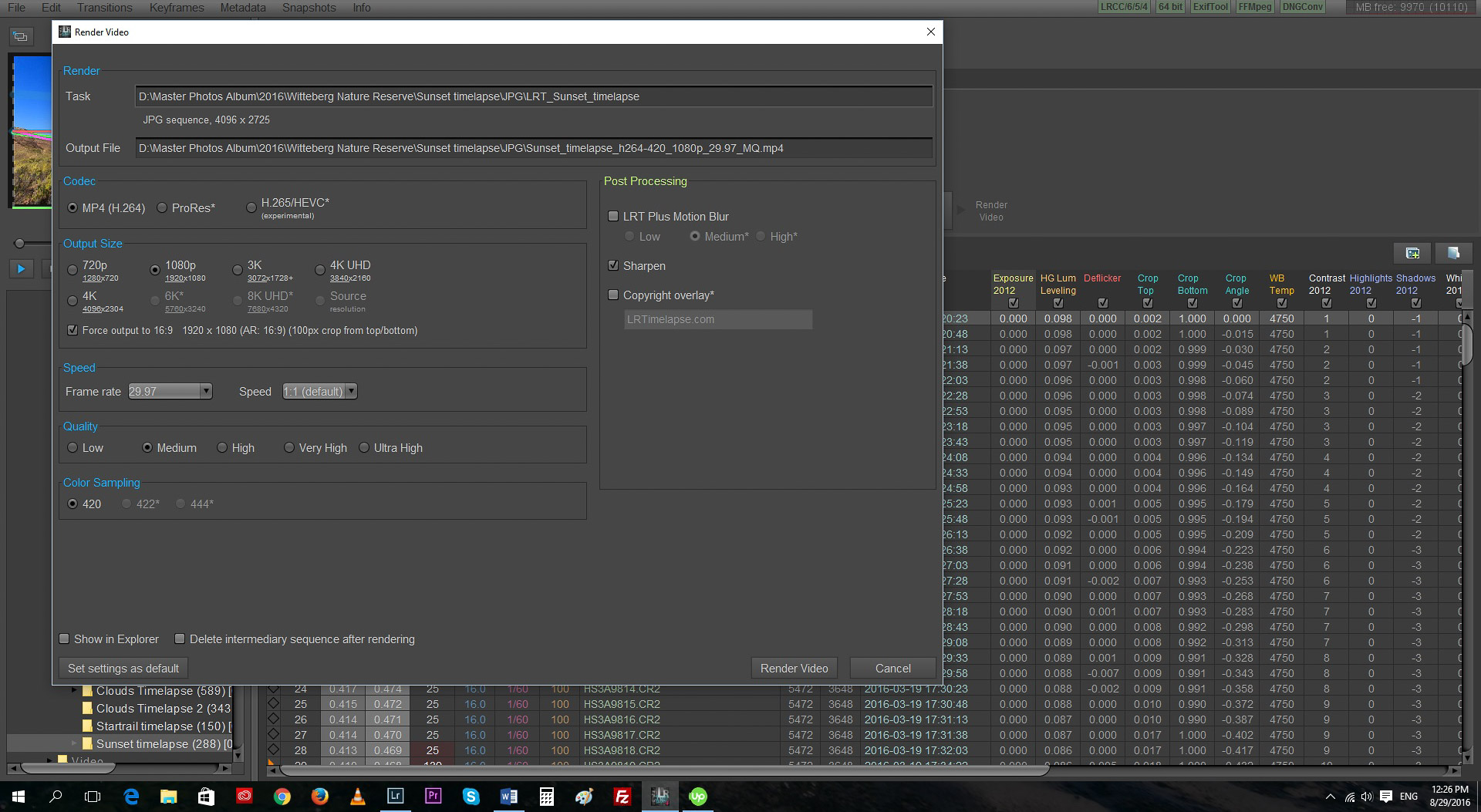