¡Hola amigos! The PhotoJoseph YouTube channel is now in Spanish! Over the last several months, I've been working on setting up a Spanish language version of my YouTube channel. It has now launched with several videos from a variety of topics over the last couple of years, and we're working both more historical videos as well as all current ones! The goal is to get to a point where every new video is released in Spanish within a day or two of the English version, and where possible, released simultaneously!

Also you might have noticed that there's a new “translate” menu at the top-left of every post on this site, which coincides with this Spanish YouTube launch. If you want to read this website in just about any other language, now you can!

Check out the welcome video, and of course if you have any Spanish speaking friends or colleagues who might be interested, please do let them know! 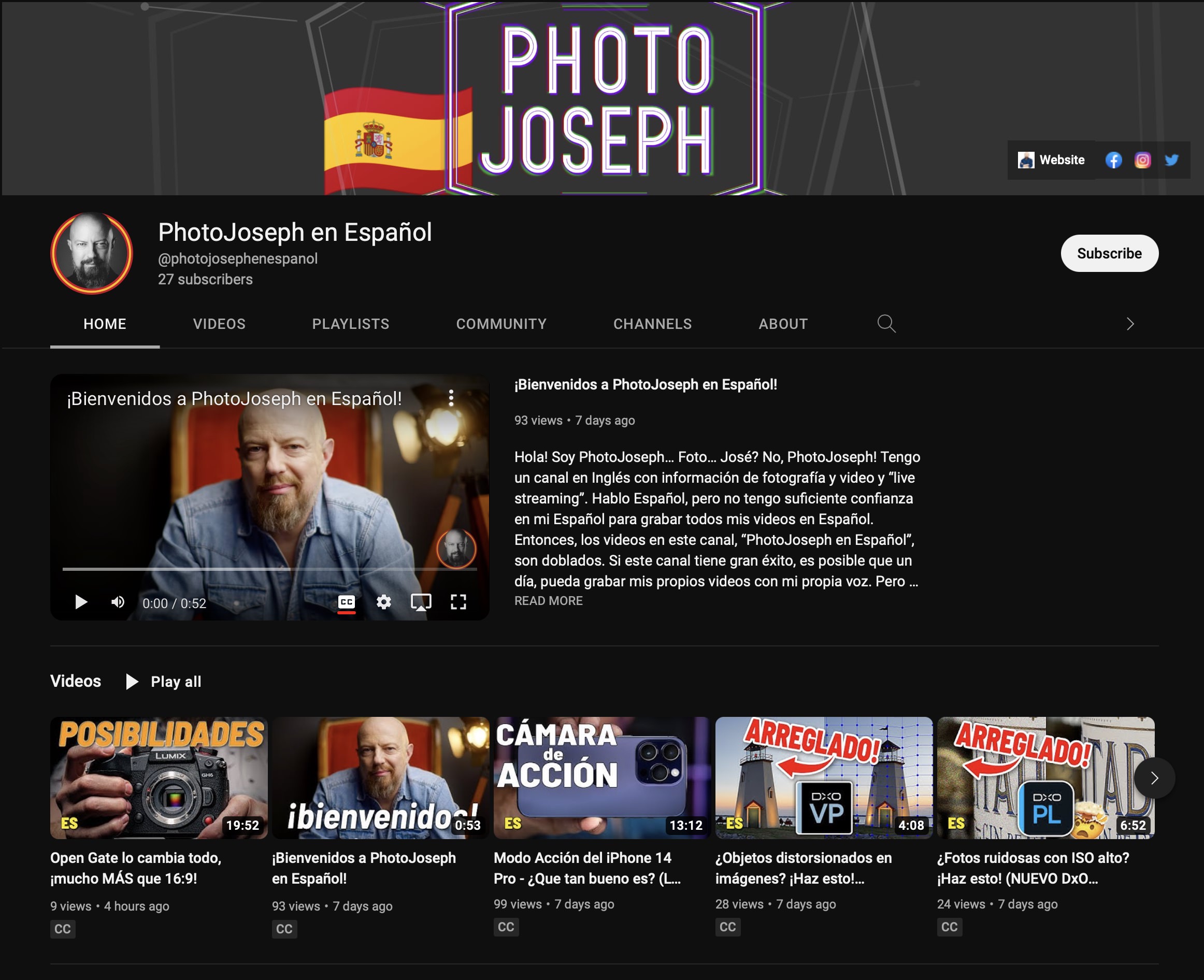