Photo Mechanic; A Metadata and Ratings Alternative to Photos

The word is now out that Apple Photos.app for Mac OS X offers no ratings, color labels or flags, and only limited metadata editing. A user can mark favorites and add keywords, but not much else. Metadata is simply nowhere near as available as it was in Aperture. Ratings imported from an Aperture library are imported into Photos and converted to keywords, and it's unknown when or even if additional metadata features will appear.

But there are options for the user who is attracted to the accessibility and speed of Photos but can't live without their metadata. Long before Aperture became my go-to tool, I developed a workflow that incorporated Photo Mechanic from Camera Bits. Every image I shoot goes through Photo Mechanic before importing into Aperture. Even after studying the cool automation in Joseph's Live Training: Importing Your Photos video, I never had the desire to shift my workflow to an Aperture-only import.

Editor's note: Keep in mind that while you can add metadata to your images with Photo Mechanic, you won't be able to view all of it in Photos. By doing this you're essentially future-proofing your workflow, so if/when Photos does allow you to add and view this metadata natively, your perviously imported images will already have it in place.

I describe Photo Mechanic as a machine. It's like the blender in your kitchen. I don't find it to be a glamorous app but I don't spend enough time in it view it as anything other than a practical appliance. That said, it is my go-to photography appliance. What Photo Mechanic does really well is that it can “ingest” a folder or camera card of images, rename and back up the files as it goes, and apply any metadata you may need. Much of that metadata can be automatically generated from a huge collection of variables that Photo Mechanic makes available. Once done, Photo Mechanic makes quick work of viewing your intake, attaching your GPS data, and allowing you to rate your images. It does all of this with stability and speed.

So where could this fit into a Photos workflow? It's a little kludgy but a Photos user would move all renaming, metadata, and rating operations into Photo Mechanic as the first step. Photos apparently only renames ratings that come from an existing Aperture library so a Photo Mechanic user would have to select rated images and append stars, colors, or other keywords to the previously applied metadata. Fortunately Photo Mechanic makes this process quick and relatively painless. With metadata embedded in the image, the source images could then be imported into Photos where they would be searchable. Any modifications to ratings would have to be made manually in the Photos Info window. It's not as easy as doing it right in the application but it does make a relatively quick solution.

Editor's note: You could do your rating in Photos by assigning keyboard shortcuts to “1 Star”, “2 Star” etc., and creating Smart Albums to search for those “rated” (keyword) images. This would allow you the flexibility to do your ratings after importing to Photos, which seems more practical. The challenge you have to watch out for is if you rate/keyword an image “3 Star”, then apply “2 Star” later, it will have both keywords/ratings. You'll need to remove the old keyword/rating as you go.

As I mull over working with Photos, I am more satisfied with the Photo Mechanic portion of my workflow than ever before. It's fast and mostly automatic. But it is also platform and application agnostic. Beyond my Aperture libraries, my source hard drive is full of thousands of sorted and labelled RAW images that have made it through my full Photo Mechanic treatment. Whether I'm dropping those into Aperture, Photos, Lightroom, Capture One, or any other management tool, I'm already set with the metadata information I need. While I have admired the semi-automated approaches that users have applied to Aperture and other tools, I've never felt that they beat the power and speed that Photo Mechanic offers.

Photo Mechanic does require a little learning and configuration for your use. You have to make an investment at the beginning. But once that is done, it'll scream through your images.

This isn't a tutorial on how to use Photo Mechanic, but just a collection of screenshots with descriptions to highlight some of the capabilities, to give you an idea of what the options are. 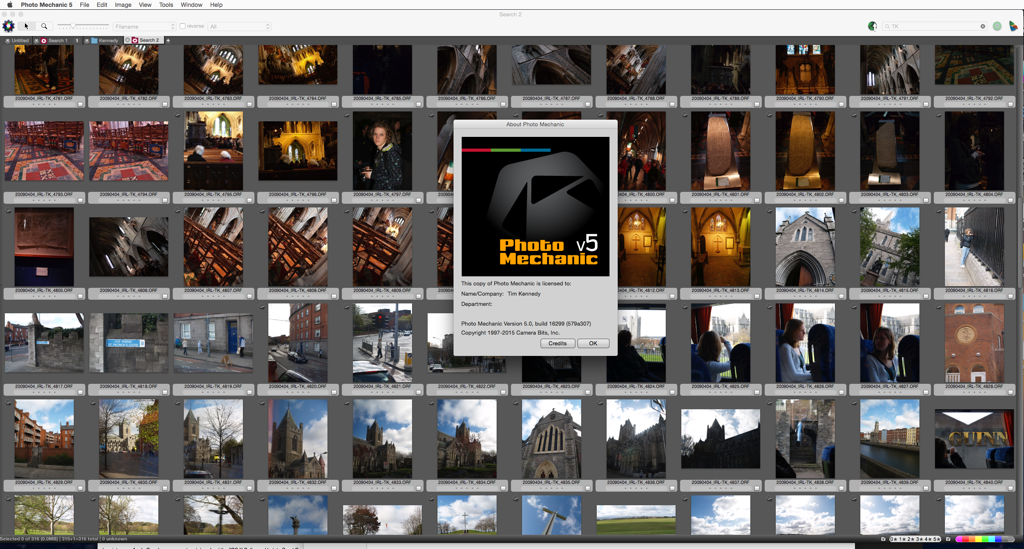 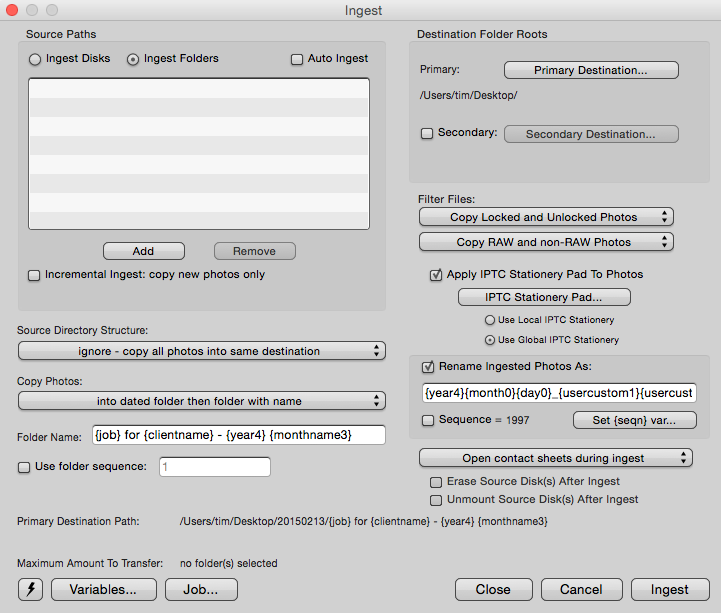 The Photo Mechanic ingest fulfills several old Aperture functions. It copies images to a folder, backs them up, applies metadata, and renames the files. Much of this can be automated with variables. 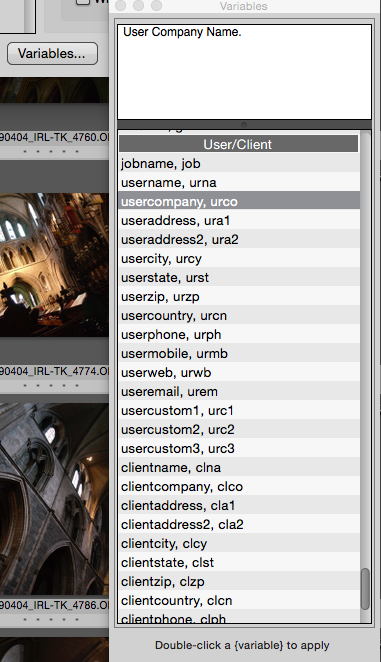 The true power of Photo Mechanic is its hundreds of variables that can be automated applied to folders, filenames, and image metadata. Most are device generated but many can be user defined. 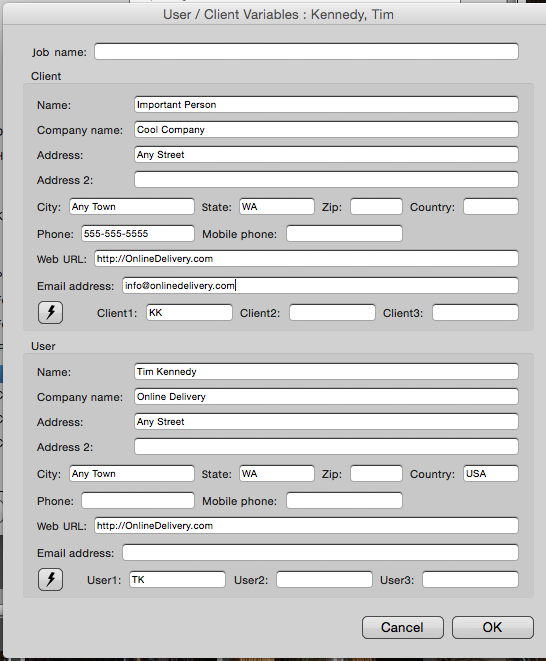 Photo Mechanic’s Job window is one of the options for generating specific details that can be loaded into a window through variables. 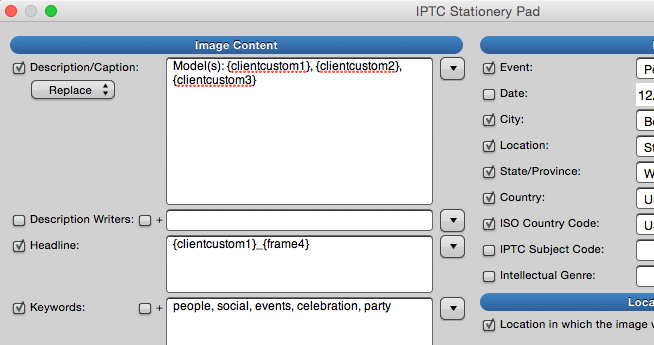 A detail view of a rather large IPTC Pad window that can apply variables, hold text, and adjust other metadata. 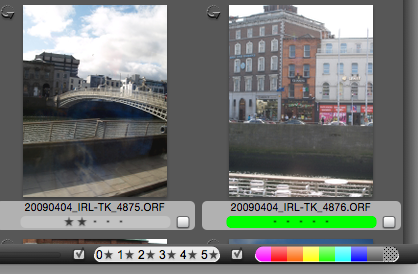 In your paragraph where you discuss how this could fit into a Photos workflow, You have made a couple of assumptions that I don’t believe are correct:

“With metadata embedded in the image, the source images could then be imported into Photos where they would be searchable.”

This is not totally correct. Most metadata is NOT searchable. There may be more, but so far I’ve found that searching is limited to keywords, description (caption), filenames, dates, faces and something called title which is apparently internal to Photos. I haven’t fully explored this, so there may additional search fields. If so, someone please jump in and enlighten us.

“Any modifications to ratings would have to be made manually in the Photos Info window.”

Assuming you meant within Photos, this is not currently possible. Photos knows nothing of ratings in the IPTC sense. Heck, it can’t even read Aperture’s ratings–hence the primitive (and mostly unworkable) “1star”, “2star” method of achieving ratings. And if you meant managing the “1star”, etc. workaround, that’s when it becomes very inefficient and unworkable, to say nothing about unconventional.

For your first point, let's look at a bigger picture. True, when I was referring to searchable metadata, I was referring to the metadata that Photos can currently see. In my example, I was talking about the ratings that are converted or handled by Photos as keywords. The “Title” you refer to is part of IPTC and doesn't even have a place in the Info window in Photos. It can be edited by PM and is searchable.

At some point, I may want to share my work from Photos to a larger audience. All that locked away IPTC information will still stick to the image and export out for viewing by Preview or other tools. So If I'm using PM as a larger solution, it still works with the smaller Photos metadata set but also protects me with creator, copyright, and other valuable IPTC info that I want to make sure is still attached to my image.

Second, there is no doubt that using ratings in keywords is a kludgy workaround. But you can rate images in PM, refine and select those images by their rating, and then append those ratings to pre-existing keywords so that they will appear in Photos upon import. Otherwise they would have to be applied to a Aperture library that is then imported.

If you do all that kind of organizational work as a first step during PM ingest, you're most of the way there. PM becomes an organizational front end. Photos becomes viewing with simplicity and fast base editing. Any modifications to those ratings based keywords would have to be made in Photos manually. As mentioned by Joseph, you could do shortcuts to make it possible to drop those ratings into the keywords section quickly. Workable but unconventional. PM gives me options no matter what I put my images into.

Mostly I'm going on what's in the reviewers guide, since I still haven't touched the thing. Regarding the Aperture migration, it says: “Some metadata, like star ratings, color labels, and flags, will be automatically transformed into keywords and searchable in the new Photos app. […] Other IPTC metadata, such as copyright, contact, and content data, is retained, but is not visible in Photos. Custom metadata fields will not be transferred to Photos.”.

From that it's not clear if the invisible fields that are retained are searchable. Likely not.

Tim: you did a lot of work on this post. Thanks.