As we know, Apple’s treatment of photography within OS X and iOS is undergoing a rapid a change, with an overhaul of the iOS Photos app and an upcoming complementary application, to be released on Mac OS X Yosemite.

Exactly what that Mac software will do or look like is still unclear, but we are beginning to see early glimpses of what it will entail. Just recently for example, we learned about potential iCloud integration that would allow photos in your account to be accessed from a web browser.

This suggests that web users who log in at iCloud.com will be be able to access and view their photos currently stored within iCloud Photo Sharing. That could be very significant, given the functionality that will be introduced, including free and paid storage plans to provide online backups of gigabytes or even terabytes of data all within the cloud, syncing with your various Apple devices. 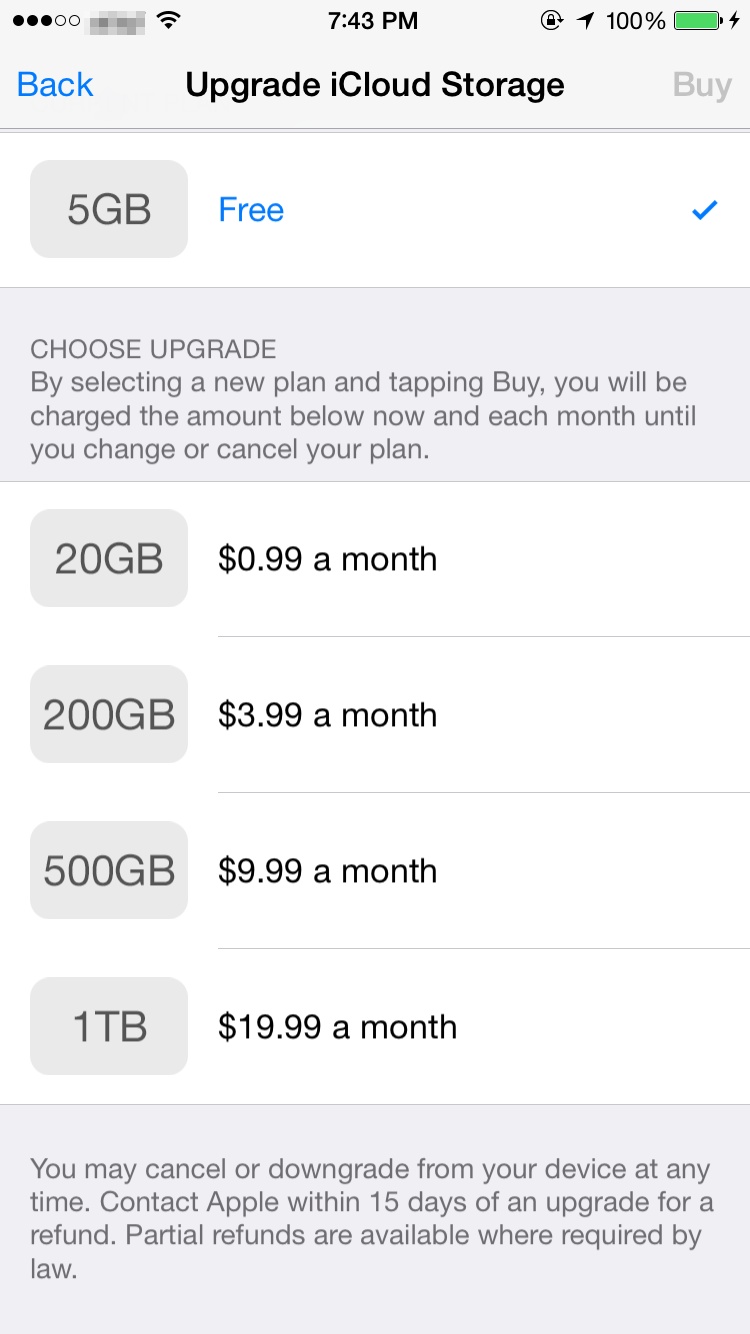 Listing of free & paid iCloud storage options from within iOS 8, which will include cloud storage for photographs.

Indeed, if I were to go out on a limb, I would even take this news a step further, suggesting that the native Photos application under development will offer a similar ability to sync all your photos amongst all devices, Macs and iOS devices alike. As I have speculated in the past, I believe this also means that albums and non-destructive edits will be synced as well, a feature that was promised and demonstrated between iOS devices already. 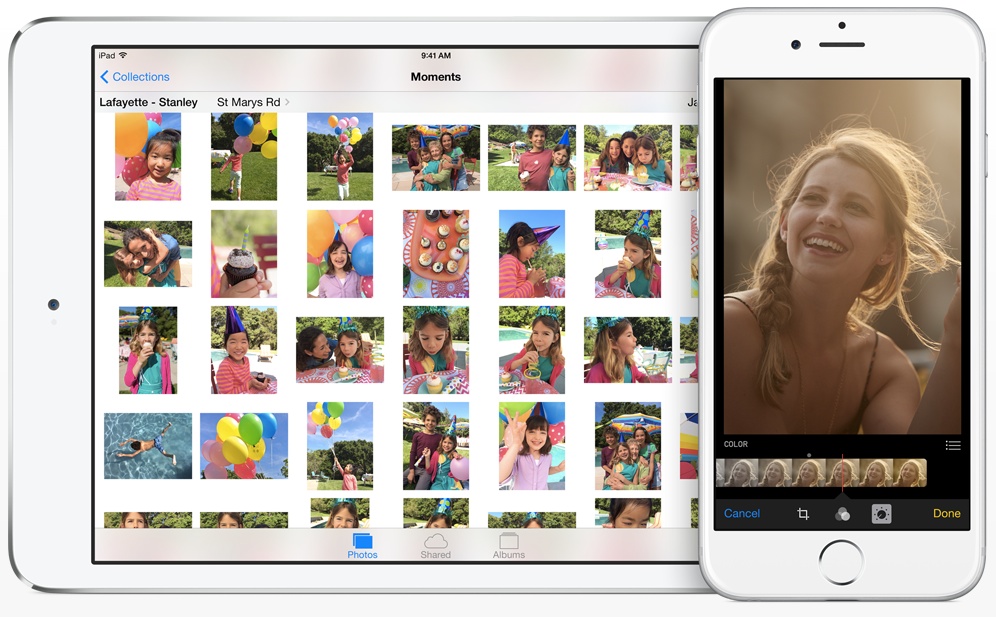 View of “Photos” app within iOS 8, which displays photos from all iOS devices together. Photo credit: https://www.apple.com/ios/whats-new/photos/

This trend can also be seen within Apple’s new treatment of photographs within iOS 8’s new Photos app. Previously, every photo taken with a single device could be found within its own folder under “Albums” then “Camera Roll”. Under the new system, no such “per device” album exists, and instead all photos from all your devices are now found under the “Photos” tab. This is the only place to find all your photos, and they are all automatically commingled with photos from other devices (assuming Photostream is turned on).

This subtle shift indicates a movement away from a device-centric approach to photographs and towards a comprehensive, global view of all pictures taken by a user, regardless of device. This philosophy would naturally extend to native desktop syncing.

After all, if the data is already in the cloud and able to sync between iOS devices, and Apple is building an iCloud portal for end users, it is only logical to conclude that Apple would extend this functionality to its upcoming native Photos client on Yosemite. No current iCloud functionality on iCloud.com exists that is not already replicated through native desktop applications, and this makes sense given that iCloud is offered as a free service in order to drive sales of hardware — the web portal has also often lagged behind the functionality natively built into Apple hardware, so I would be surprised to see features deployed exclusive to iCloud.com and not on a Mac.

Hopefully all our questions will be answered soon, but this bodes well for users like me who are constantly jumping through hoops to sync and consolidate photos on multiple devices.

Great if you’re snapping away on your 5MP iPhone in jpg, not so great if you’re shooting hundreds of Raw files in a session with terabytes of data in your library. Unless they have some sort of solution with OSX Server for serving up your own cloud of photos and distributing to your devices from there. Could give a new purpose to my media-serving Mac Mini; attach a bunch of drives to the Mini and sync all photos to it via OSX Server, and let it manage all changes from all i-devices.

Otherwise, at $20/Tb and whatever your bandwidth limit a day is (esp if you’re reliant on Wireless broadband), it’ll become real expensive real soon.

iCloud will not be a requirement for Photos users, just an option.

Thanks for your comments! Agreed, for those of us (and I'm with you) shooting with high resolution DSLRs, those gigabytes and terabytes fill up fast.

That said, I'm not too worried about the storage question in the long run. If there's anything Apple has plenty of, it's online storage and server capacity, what with the numerous server farms it's been building to support iCloud. It's not a difficult proposition for Apple to revise its pricing or offer a new service tier with even more storage, if the demand is there.

That's especially true given Apple's approach to using iCloud as a loss leader to attract people into buying expensive hardware. If they see professionals who buy Mac Pros, Retina MacBooks, etc. buying high-tier storage through iCloud to sync their Photos, they'll get the message. 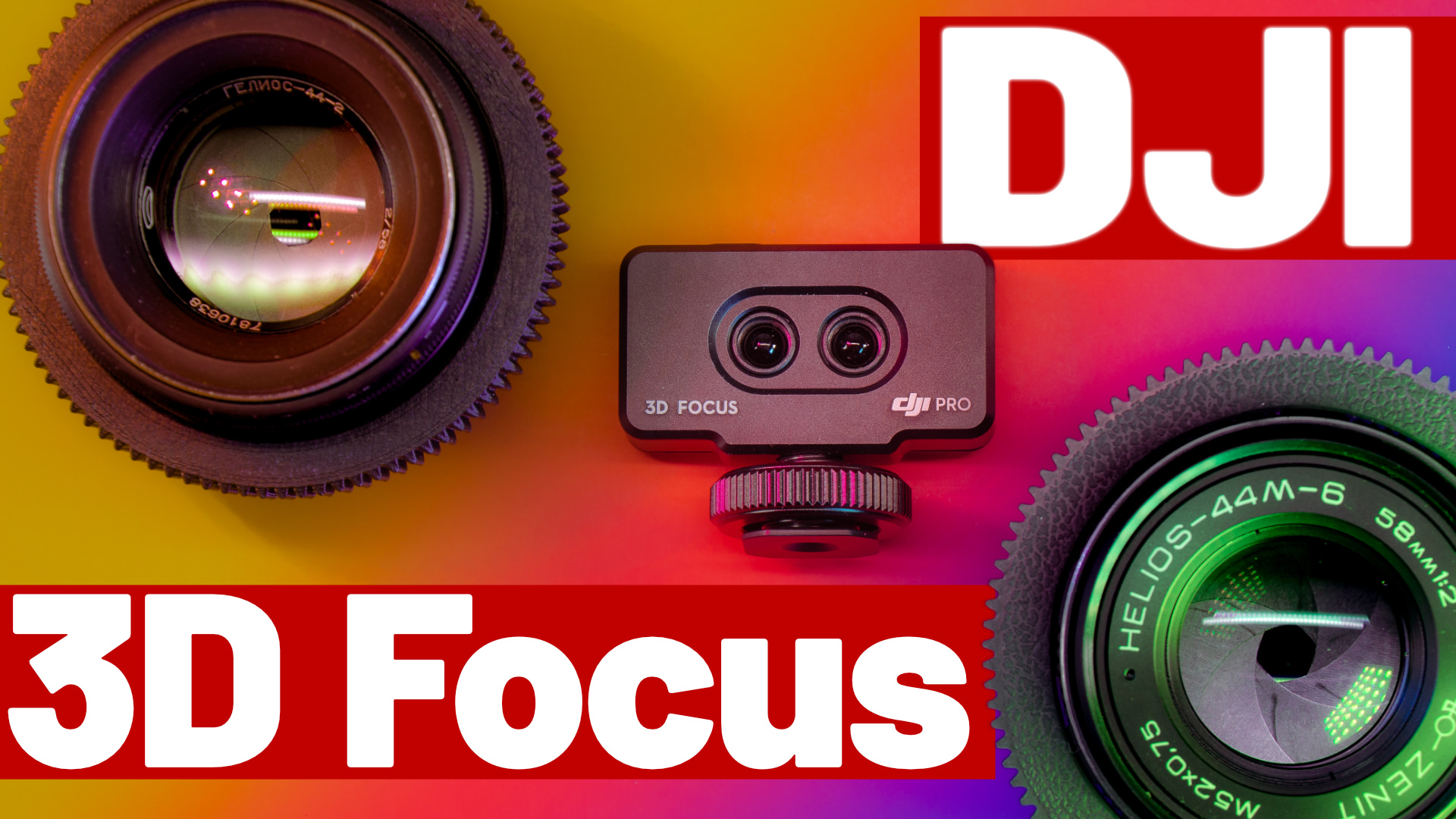 The new DJI 3D Focus system for the DJI RS2 gimbal brings a LiDAR based autofocusing system to any manual lens — and it's amazing!