Post https://support.apple.com/en-us/HT209594 warns that Apple Aperture will not work in the next release after MacOS Mojave, for technical reasons. There is advice on how to migrate your Aperture Library to Photos, or to Lightroom Classic, but not to Luminar or Capture One Pro. I guess ApertureExporter would be helpful, though I have not yet tried using it. I believe there is  an Aperture importer tool in Capture One; has anyone any experience with this?

I’ve been putting some metadata in filenames, eg film stock, film camera used etc, so I’m currently undertaking the rather massive task of transferring this metadata to keywords. (I’ll try doing the same for albums.) However, in the process I’ve had warnings that some files are not available at full resolution. I’m presuming these might be from my experiments with referenced files, rather than those in the Aperture Library (the vast majority). Can anyone confirm this? Is there a way to get referenced files into the Aperture Library (or even find out which projects are referenced)?

Thanks for posting this link. Sad, but good to know. The Aperture projects are not referenced. Every thing about projects ( their sort order, embeded albums, slideshows, where the files are stored, etc.) all reside in the Aperture database inside the Library/package. Files can be referenced though, and those that are, have a rectangle with a curved arrow icon showing on the bottom right corner (hitting “U” on your keyboard shows/hides this information). Under the “File” menu you have options to locate referenced files (if you don’t remember where the are stored), to consolidate referenced files (move them inside your Aperture Library) and to move managed files outside the Library. You can also access these commands and the “Show in Finder” by right clicking on a thumbnail.

I hope this helps.

OK I’ve made a bit of progress. First was that I got a trial of ApertureExporter. This doesn’t watermark, but is limited to 10 images per Project. It reported that I had some 32,000 images and 1024 Projects (a slightly suspicious number). There are some interesting options, including the ability to generate JPEGs for images 3* (say) and under, and TIFFs for 4* and up images. You can create folders for albums, and I didn’t notice that boxes were checked for creating keywords for images in Albums, and tagging Faces with keywords. These caused me problems later.

You can only run AE on the whole library… except of course you can export any part of your existing Aperture library as a new library, then run AE on that. Might be worth it, too, as when I finally pressed Go, it took about 11 hours to process at most 10,000 images (the “ETA” guide is useless, by that way; it counts down, but then jumps up when the computer sleeps, so that in the end the ETA was 24 hours!). That was on a 2014 MacBook Pro, library on the SSD and exported to a Seagate USB disk.

So, I thought that was interesting. I’d decided to buy AE… later. Meanwhile, I had to decide whether to buy the Capture One Pro Fuji version before the price went up at the end of August. I did. This morning I had my first go at transferring a folder of film scans, and I might write a bit more about that later. However, relevant to this post about AE, the advice I followed suggested transferring the keywords first (something about preserving the keyword hierarchy). When I tried this, C1 would not import the keywords because of some characters it didn’t like. It turns out that AE had added keywords for Albums. So we ended up with lots of keywords like Albums, then Albums | TP, then Albums | TP | Old TP… and so on. It was the “|” that C1 was objecting to. In the end I went into Aperture and deleted all the AE keywords, which solved that particular issue (I didn’t realise until I started this post that unchecking those boxes would presumably have prevented it happening in the first place).

At this stage I’m not going to write in detail about the transfer process. However, one major problem is probably close to unique to me, and I’d like some advice in overcoming it. I imported 25 or so Projects in C1Pro, and 8 of these ended up with no images in them. Most of those that moved across were scanned by a Lab, all of those that didn’t come across were scannd by me on a Plustek with Vuescan.

Is there a way to change the Color Model to RGB, which I can confirm does transfer?

You can change the color profile of an image with the CocorSync Utility. There are three options, the first one will actually change the color profile embedded in the image (read the ColorSync Help if you’re not sure which option to use). The Preview app will also allow you to do that. That being said, is your edition of Capture 1 one of the camera maker limited version? If so, does the camera maker limitation only applies to RAW files? If the limitation also applies to Jpeg, then that would explain why your scans are not supported. Just an hypothesis.

Thanks Michel. I’ll have a look how to change the colour profile then, although it’s going o be annoying doing it en masse. I might put a post up on the Apple support blog and see if someone called Leonie still checks it; she would know if anyone does!

Before I got my copy of the Fuji version of C1Pro I checked and was told that it would work with JPEGs and TIFFs from scans, and that does appear to be the case, since some 20 or so projects carried over nicely. My only digital camera is a Fujifilm X10; Aperture could never cope with the Raws from that, but I’ve already checked and C1Pro handles them very well. I’m surprised as it’s a fairly niche camera, and the Raws are supposedly very different from most others.

ChrisR, I didn’t think of another method in my first reply, but you can export copies from Aperture and select a preset with a color profile that you know is different than the original. This would allow you to do it in batches.

Thanks Michel. I tried both Colorsync and Preview, and discovered that you can open a whole directory of images in Preview, and change the Color Profile in that. I changed it to Generic Grey, and the photos imported into C1Pro.

I still wasn’t sure how to do it to the Aperture originals, but then I remembered that before doing the transfer I’d had to make the photos Referenced rather than Managed (effectively an export, as you suggested). I tried it with some of those photos, and Aperture was still happy to regard them as originals (it’s a bit weird, IIRC Preview changes the images apparently in situ without me having to Save them afterwards).

So it now looks like I do have a method, at the expense of one Preview run for each black and white Project in Aperture. That’s not too bad!

One odd thing is that one film that I scanned to TIFF rather than JPEG was quite happily imported into C1Pro. I can’t see any difference in the color profiles either. I’ve put up a post on Phase One’s support forum about it, as I reckon it’s a bug!

I should have replied to this much earlier. It turns out that C1Pro cannot edit files that are in a greyscale colour space, whether JPEGs or TIFFs. So I had to batch convert all my greyscale files to RGB. Eventually I found a free utility that does this in bulk, called xnconvert. It was a bit of a faff, but it got done.

I should have said that I did this after converting all the managed image files in my Aperture Library to referenced.

At this very moment, the fully paid-up version of ApertureExporter is chewing its way through my 33,000 files. It’s been going for 6 hours and claims to have another 7 hours to go. The slightly worrying thing is that Aperture has thrown up a couple of dozen errors of files it has not exported. I have failed to keep note of those, so I’m guessing I’ll just find them missing. As far as I know these are on top of the referenced files that I haven’t been able to locate! :-(

I found a very interesting video by Walter Rowe who shows a systematic way of making the migration from Aperture to Capture One Pro a relatively safe, step by step process: https://www.nikoncafe.com/threads/migrating-aperture-libraries-to-captur… . I’ve done some trials with this, and once the ApertureExporter run is complete, I’m going to give it a go.

Since AFAIK the migration will not replicate spotting and related edits, I think I’m probably going to have to use the files exported by ApertureExporter as the basis for all the very old film scans (that were very dusty). Newer ones are probably OK. At least I’ve got the AE files to fall back on if I find files that need too much work in C1Pro.

Then, I’m going to have to lear C1Pro. I think the best way is probably to stop using Aperture completely. I wish there was a commercially available printed book on C1Pro 12. There’s an ebook for not too much money, but I don’t find them very convenient; I like to be able to flip back and forth between different bits. Oh well.

Thanks for posting this detailed workflow update with the link too W. Rowe video. 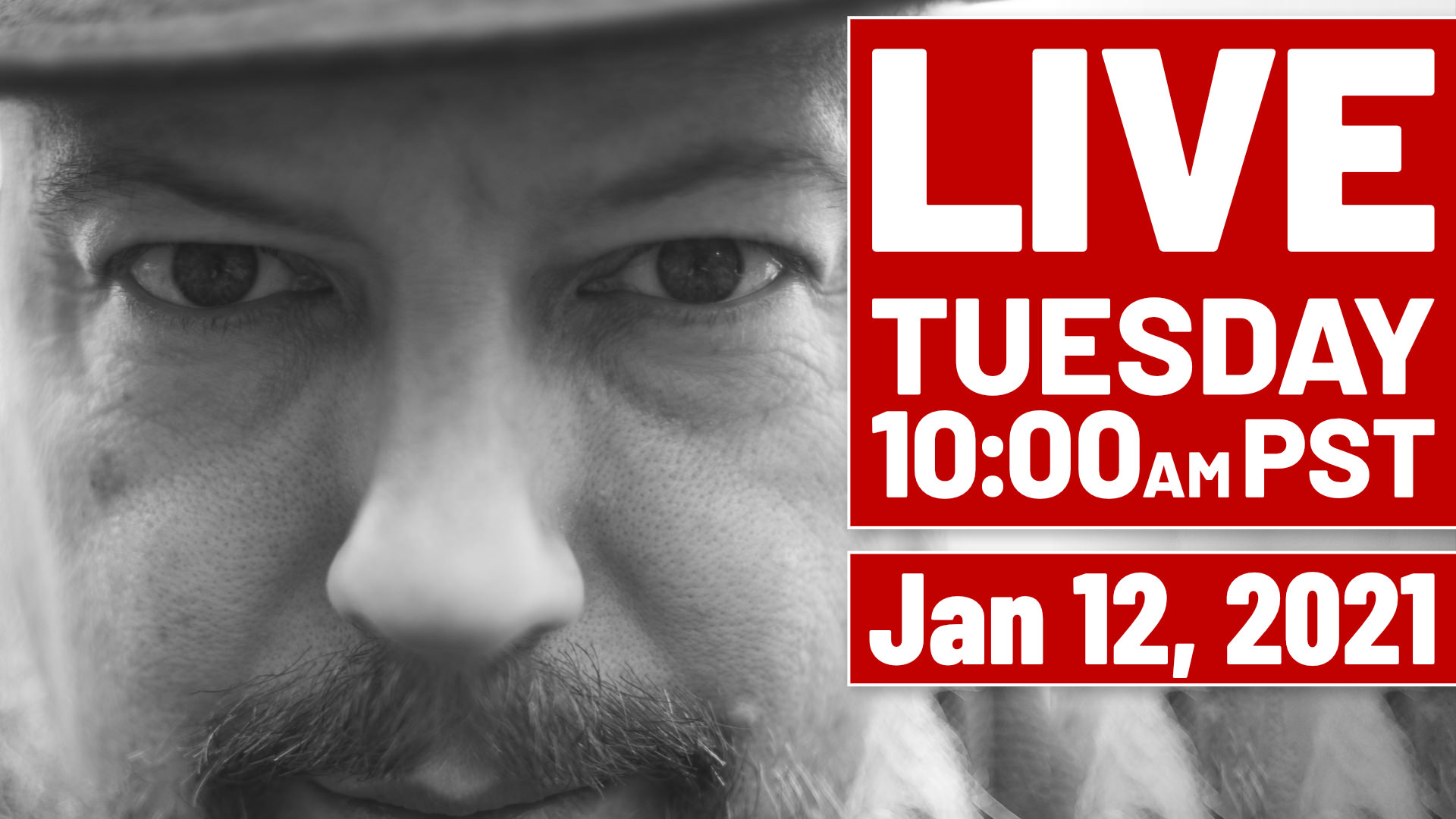